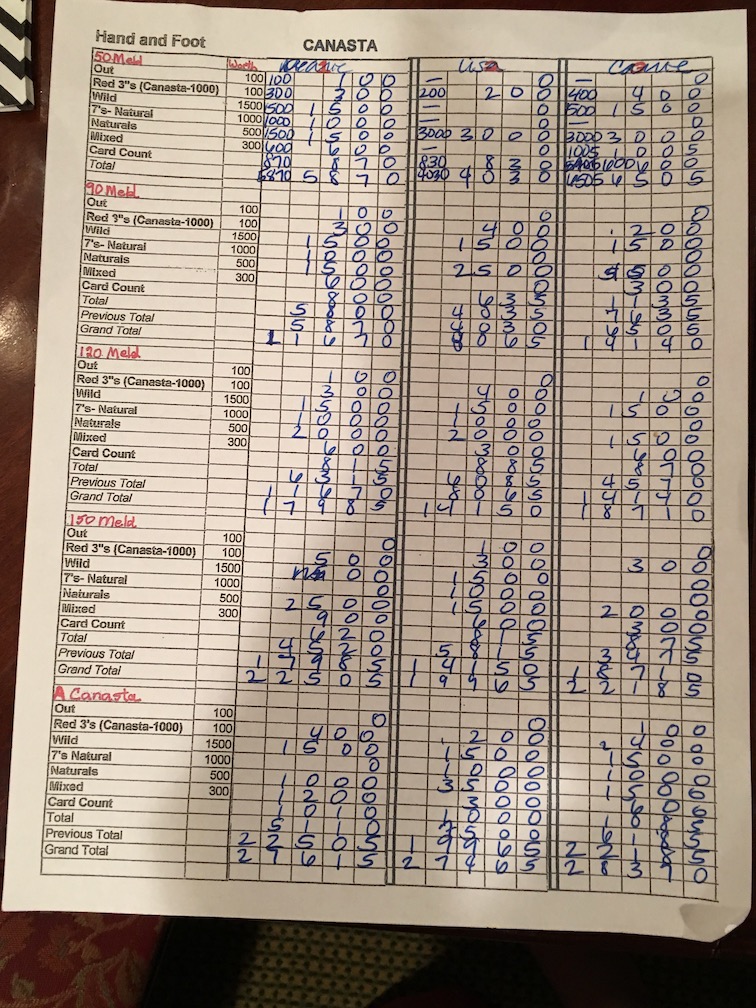 We wrote this application after witnessing a family member score a round of Hand and Foot using the printed sheet to the left. Squinting at mice type, writing numbers into small boxes, and adding by hand. Ew. In an age of smartphones and tablets, this could not stand.

This app does not dictate how to play Canasta / Hand and Foot. The "house" rules for going out, number of decks used, "tucking cards", etc. are not enforced by the app. Rather, it eliminates having to add up rounds by hand. The app has a default scoring mechanism (explained below), but it is configurable to many styles of play.

We will call the default scoring "Dearie's rules". These rules are:

On the main screen, there is a "Configure" link. Click that to explore these options: